In a world where every week seems to bring a media story clamouring for our attention, it’s sometimes hard to work out what really matters. But the next ten days aren’t just important – they’ll witness what some would describe as the most crucial community occasion of the year. The Great Big Green Week will take place 18 – 26 September 2021, and is forecast to be the largest celebration of climate action and nature ever seen in the UK.

Thousands of events, created by lots of different organisations, are being planned that celebrate communities as they tackle climate change and support green spaces. From concerts to community talks and workshops, there will be something for everyone: the only qualification for organisers is that they care about and want to act on climate change.

Why now? The answer is simple. Climate change is the challenge of our lifetime. Here in Avon and across the UK we are already seeing its impacts on our wildlife populations, and the time to tackle it is now. This year, we in the UK have a huge opportunity to raise our ambitions, because we are hosting a major UN climate summit, known as COP26, in Glasgow this November. This means Government and local authorities want to be seen as ambitious in tackling climate change. With Avon Wildlife Trust’s backing, Bristol City Council, Bath and North East Somerset Council and North Somerset Council all declared ecological emergencies in 2020, and we hope they’ve set a path that others will follow.

At a regional level, there are a host of ways for you to get involved with helping wildlife as part of the Great Big Green Week. Along with the Natural History Consortium, Avon Wildlife Trust are supporting Bristol City Council and other organisations to deliver the One City Ecological Environmental Strategy – a bold vision for how the city of Bristol can tackle the climate and ecological emergencies that face us. Taking part in the Great Big Green Week is a great way to engage in that local vision. Events range from hands-on practical conservation sessions to art installations. 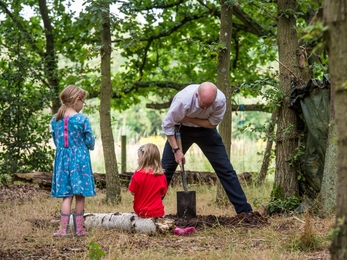 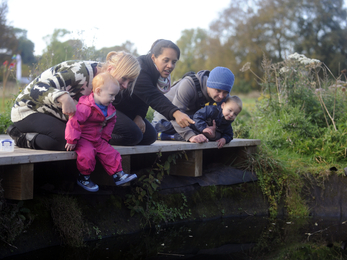 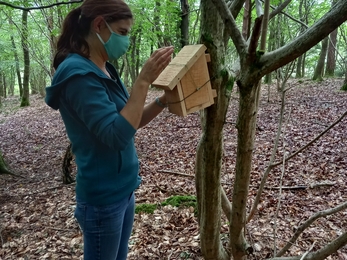 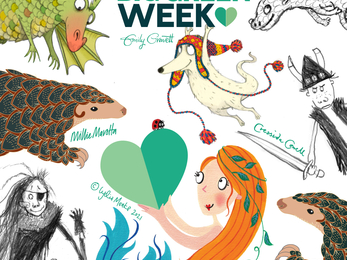 The coastline near Bristol contains some vital and rare habitats – but as elsewhere in the UK, they’re under pressure. So why not join the Great British Beach Clean, taking place around the UK coastline between Friday 17 – Sunday 26 September this year? This is an annual citizen science event led by the Marine Conservation Society, where hundreds of beach cleans take place up and down the UK. On every clean people are asked to run a litter survey, recording all the items of rubbish they find in a 100m stretch, with this data being used to campaign for real change.

How else can you help? The great news is, sometimes the best way to help is by doing very little. We’re currently celebrating Dormouse Week, a campaign backed by the charity People’s Trust for Endangered Species, who released their 1000th dormouse this year as part of their long-standing reintroduction programme. Dormouse numbers are plummeting, and the species needs as much help as it can get. Here again, the ways you can support these charismatic little creatures mainly involve doing less, not more – they include allowing ivy to ivy on trees, embracing brambles in gardens, and building log piles, providing great places for them to bed down and prepare for the winter months.

Meanwhile licensed volunteers for Avon Wildlife Trust have been giving the species an extra boost by putting out new dormouse boxes for them at Goblin Combe, our woodland reserve overlooking the Mendips, where we know there’s the potential for a thriving population. This vital work is only possible because of the support of our members. That’s a clue to another great way of taking action – join the Trust, so that we can do more to fight the ecological and climate emergency.

However you want to get involved, there's no doubt that the Great Big Green Week is an opportunity for all of us. Let's stand up for our world.

When the old ways are the best ways

Of all the most traditional of countryside activities, scything has to be at the top of the list. This ancient method of cutting meadows…

Birds of Prey - Call of the Wild

A large grey bird flies over my neighbour’s house. “It’s just a pigeon” I think to myself and turn away before something clicks, and I…