Beavers are back in Avon

The return of nature's engineers

With our support, both Bristol City and Bath and North East Somerset councils have declared ecological and climate emergencies. We are now at crisis point. We have to find ways to solve a lot of issues at the same time: we must promote an abundance of wildlife whilst also reducing the risk of flooding, tackling drought and decreasing levels of pollution; threats which present an immediate danger not only to people, but to wildlife as well.

Beavers could be part of the solution to these challenges which is why we're so excited that they have been detected living in the wild here in Avon's waterways. This is fantastic news for our goal of protecting and restoring 30% of land and sea for wildlife by 2030 as the beavers will help to create thriving, carbon-absorbing habitats along the waterways they inhabit. Read on to find out why they're here to stay.

Who we are working with

This group was established in February 2021 to oversee the Bristol Avon and Somerset Frome Beaver Management Strategy.

During the course of the River Otter Beaver Trial, a Beaver Management Strategy Framework (BMSF) was published outlining how the beavers should be managed in that area over the next decade. We intend to follow this established framework and adapt for the catchment.

The Group aims to maximise the benefits of beaver reintroduction while also addressing the legitimate concerns of some stakeholders. Membership includes statutory bodies, NGOs, Catchment Partnerships, representatives from the landowning and angling communities as well as local groups.

Plans to release beavers into the wild in England have been set out in a Government consultation.

The consultation is due to end in mid-November and is seeking views on:

Responses will be used to inform decisions on the approach to further releases of beavers into the wild in England. A summary of responses will be published in early 2022. You can also respond to the consultation and show your support for our beavers by following the link below.

Respond to the consultation

Why are beavers great for Avon?

Put simply, beavers are nature's engineers. They are able to create natural solutions to some of the environment's biggest problems.

Stay alert. Beavers are quite easy to see if you spend time in the right areas. Mostly nocturnal, during the summer they can be seen in daylight hours

Leave your dog at home: Beavers have an excellent sense of smell and can perceive dogs as a threat

If you take your dog, keep it under control and on a lead, especially in the breeding season of May – July

Respect any landowners and other river users

Keep your distance and if there are designated paths, stay on them

Avon’s wild beavers have set up home within the region's waterways, although for their own safety their exact locations are a closely guarded secret. The ideal habitat for beavers would be a patch of woodland surrounding a source of fresh water like a stream or ditch network. Their hearing is excellent, but their eyesight is poor, so they usually stay within 20 metres of water.

To maximise your chances of seeing a beaver, It’s worth checking out the opportunities offered by the managed ‘enclosures’ that have been created in various parts of the country such as at Cornwall Wildlife Trust.

If you do spot a beaver in the wild in Avon, we'd love to know! Simply complete the form below to let us know where you've seen them.

Spotter's guide - what are the signs of beavers? 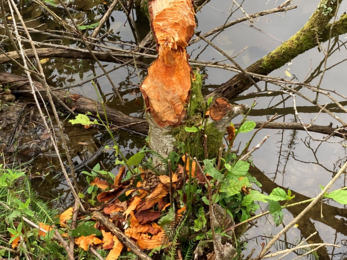 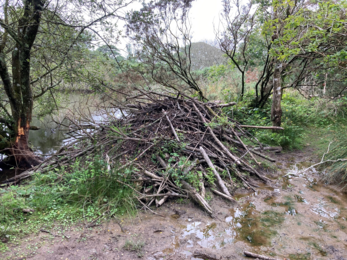 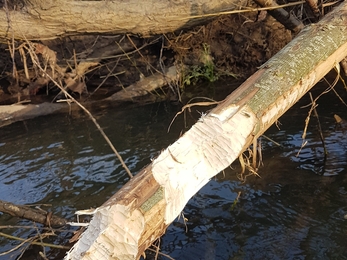 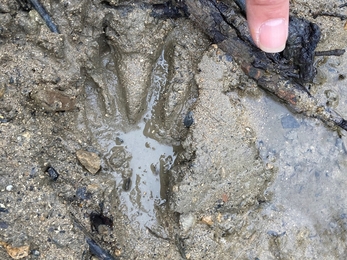 Protect beavers in Avon by making a donation

Find out more about beavers

To stay up to date with what's happening with Avon's beavers as well as other projects from across Avon Wildlife Trust, sign up to our email updates.