Is there an animal that’s more engaging than a beaver? Or as intriguing or charismatic?

Once a common feature of our landscape, beavers were hunted to extinction in the UK 400 years ago. Happily, a series of well-publicised reintroductions have taken place across the country in recent years, and you could say they’ve become wildlife celebrities in their own right. It’s easy to see why – they’re charming, eccentric and skilful. Crucially, they’re great not only for wildlife but for the planet too. Now they’re back, living wild in Avon – and it seems they’re here to stay.

The second-largest rodent in the world, adults can measure over a metre in length. A beaver’s scaly tail is an impressive feature, operating as a rudder for steering, as a prop for balance, and as an aid to help carry trees. If you are lucky enough to come across a beaver while walking, you may hear the splash as they use their tail to hit the water, creating a distinctive slapping noise. Generally, however, they are silent and secretive, mimicking logs and diving out of sight when disturbed.

Beavers are perhaps most famous for their skill as dam-builders. Made out of mud, wood and stones, you’ll often find beaver dams built on shallow rivers or ditches, protecting the beavers from predators and creating water channels leading to food sources. They also build the wood-based lodges in which they live, using them to eat, sleep and raise their kits, and store food for the winter.

They’re not only skilful, they’re loyal too. Males and females usually pair up for life, producing between one and four babies (‘kits’) each year. The bond between parent and offspring is a strong one, with kits staying in the family unit for up to two years.

All of this is fascinating, but what really excites the wildlife experts is the impact beavers have on the habitats in which they live. Many people think beavers eat fish, but this is a myth - they are vegetarian, living on bark, wood, twigs and aquatic plants. In fact, it’s thought the presence of beavers leads to an increase in fish species, attracted by the invertebrates which thrive in the woody debris created by the beaver’s industrious lifestyle. What’s more, beaver activity can boost plant diversity by as much as 33%. By gnawing down trees to create their dams, beavers coppice the woods around them, encouraging new growth among light-seeking plants. 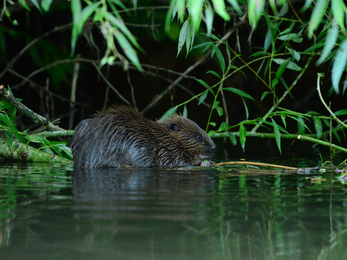 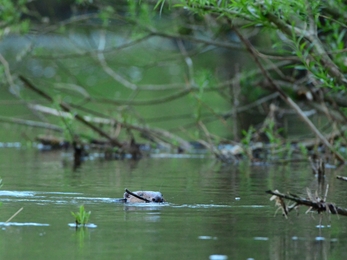 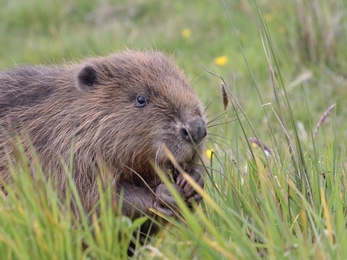 Their benefits don’t end there. Dubbed ‘nature’s engineers’, they help provide lots of solutions to some of our biggest problems. Their dams help filter and clean our water supply, as well as creating new wetland areas that help reduce both flooding downstream and problems with drought. The silt held by these dams even captures carbon, while the new plant growth resulting from their efforts provides a fantastic carbon sink.

So if you want to see a beaver, how would you go about it? Their location in Avon is a closely guarded secret, but the ideal habitat for them would be a patch of woodland surrounding a source of fresh water like a stream or ditch network. Their hearing is excellent, but their eyesight is poor, so they usually stay within 20 metres of water. Stay alert: beavers are charismatic and not that difficult to see if you spend enough time by the river in the right areas.  Obviously, respect landowners and footpaths, and leave your dog at home, because beavers can perceive them as a threat. If Rex does have to come, keep him on a lead, especially during the breading season in spring and early summer.

Finally, find out more about our fabulous beavers on our website. Let’s strive to understand more about these amazing creatures, so that we can help support them in our landscape.

It is no secret that wildlife is disappearing at an alarming rate and the threat of climate catastrophe is a constant worry. Bristol has…

The Magic of the Water Vole